My buddies over at CrawlinBC.com invited me out for a bit of Overlanding as they ran the Whipsaw Trail during a recent annual august trip and since I've never been on the Whipsaw I jumped at the chance. The Whipsaw is an old pioneer trail that begins outside of Princeton BC and works its way 110km over a few mountain passes over 6,200ft and ends up near Merritt BC after approx 10-12hours on the trail. As we were in no hurry, and running an assortment of rigs from mildly built Toyotas to Suzuki buggies, we planned on 3 days on the trail.

Being the lone Islander, and a passenger to boot, I hopped a ferry over on Thursday night and stayed with my buddy Aaron and his girlfriend, loading up the gear and hitting the road Friday morning, meeting more buddies along the way up the Hope-Princeton highway in a convoy of Toyota's. Peeling off the highway just south of Princeton we stopped to airdown and let everyone catch up. 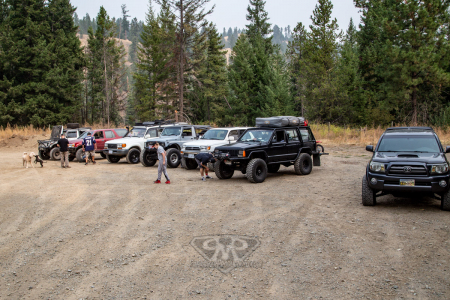 With the wildfire smoke invading from south of the border we hoped to get some clear skies along the route but the day begin with dust and more dust. After airing down we headed west down the trail, stopping to check on the gps as the route is not well marked and the constant logging and changing of roads makes things different every time these guys are on the trail. Almost everyone in the group was running radios so it was easy to keep together and once we got away from "civilization" the route became a lot tighter and more like the offroading we had come to do!
[Show slideshow] 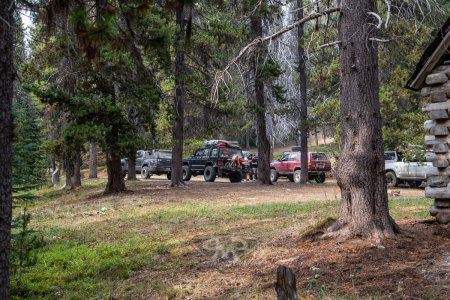 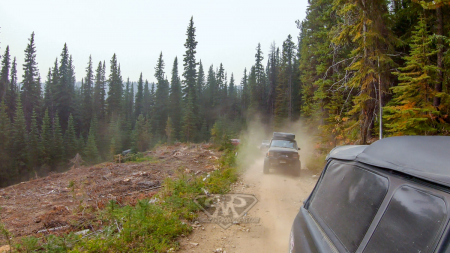 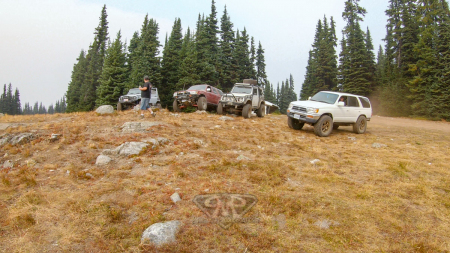 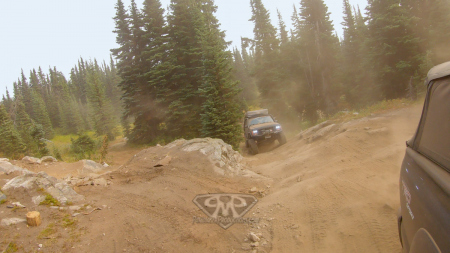 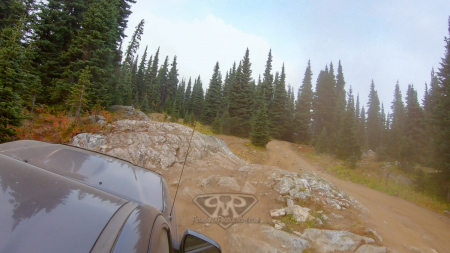 We stopped and checked out some of the old cabins, dating back to the 1800's when wagon trains used this route. The trail kept climbing, with lots of exposed rock sections and dust to chow as we worked our way up towards Wells Lake and our first night of camping on the trail. After a sketchy moment of no brakes on plaque rock, there was some wrenching to do on one of the Suzuki's to find out why. In the process of investigating the brakes we find out that the spindle nut has walked all the way off, the spindle is way out of round and the only thing keeping the tire on is the steering linkage! Out comes the wrenches and the next problem.........theres a wheel lock and no key, so looks like the entire knuckle is coming off with the tire still attached! Thankfully Rocco is a fantastic mechanic and after taking it all apart and massaging the spindle with the mini-sledge he was able to put it all back together and get back to drinking beers!
[Show slideshow] 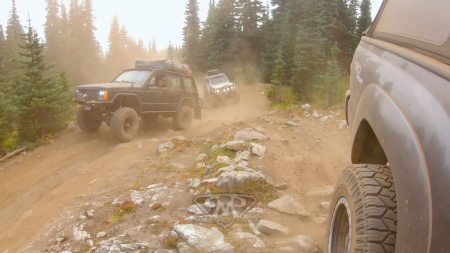 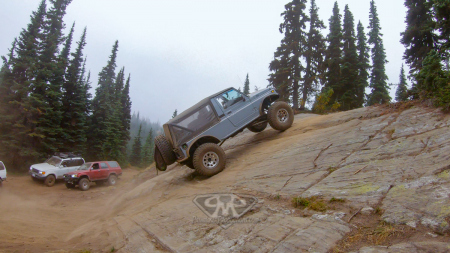 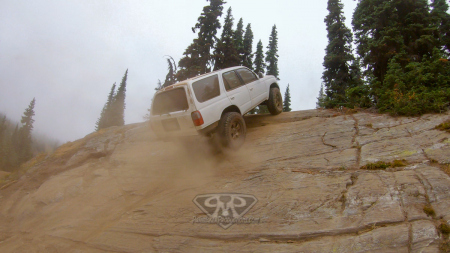 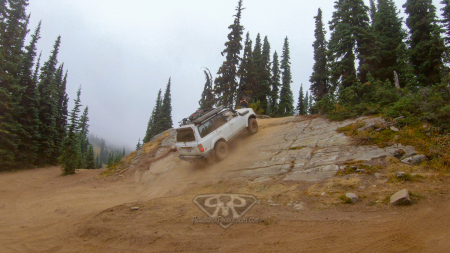 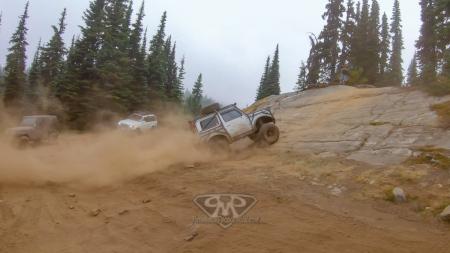 I realize now that I write this I didn't take a single picture of our first nights camp set up, it was.....rustic. Space was limited around the lake and there was already a group set up in the nice backwoods cabin/leanto so we set up in a spot that was a little short on flat ground, right near the lake and everyone got to making dinner. As soon as the sun went down the heavens opened up and the rains started, pouring all night long as we tried to fight off the rain with beer and firewood.

A late night lead to an early, stiff, cold morning. Sleeping on a 10% slope is no fun, but I guess in a rain storm at least I didn't end up with any puddles! I hopped in with my buddy Rich in his Toyota Camburgini (A 4Runner with a stupidly expensive Camburg Long Travel suspension bolted to it) and we headed out for Day 2 on the trail, climbing once again, passing a few other groups of wheelers as we made our way to the summit where we planned to stop for lunch. 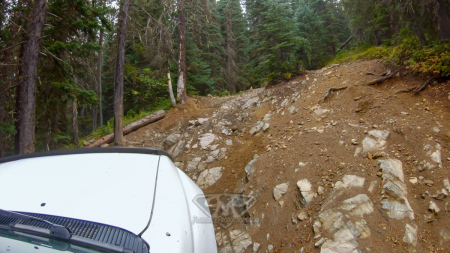 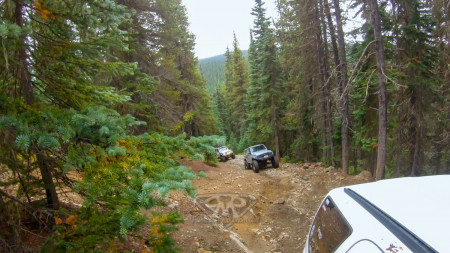 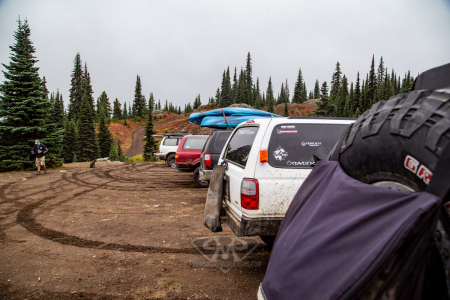 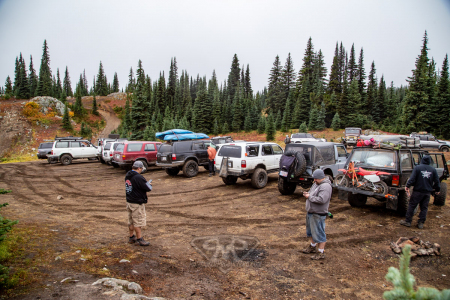 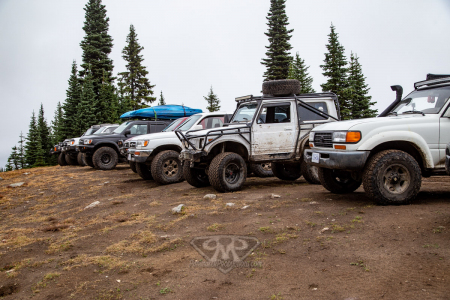 With a cold wind whipping by and most of the view covered by the smoke and clouds we didn't last long before hopping back in the rigs and heading down towards Lodestone Lake. This section of the trail held some of the harder rock crawling and mudpits, with tons of optional lines and extra little trails there is tons to explore along the way for all levels of rig. We hit a couple of ledges and a nasty little mud climb that led to some tire lifting in the IFS Toyota 4Runners in the group.
[Show slideshow] 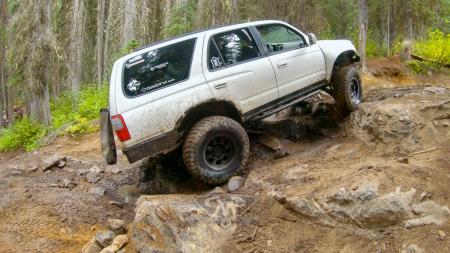 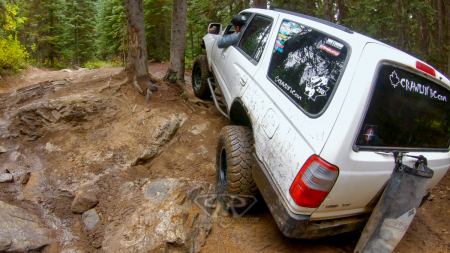 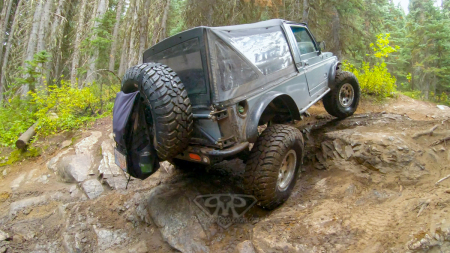 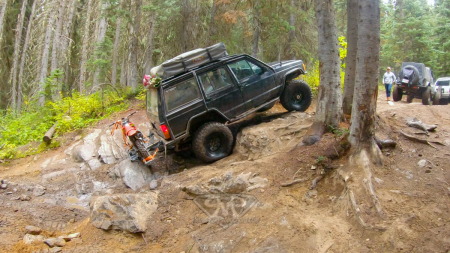 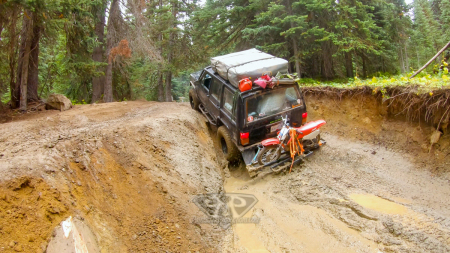 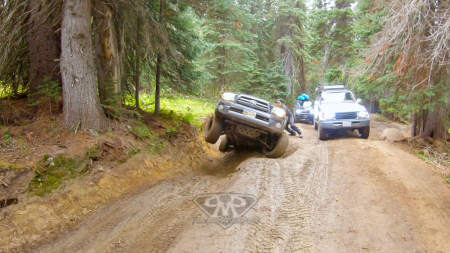 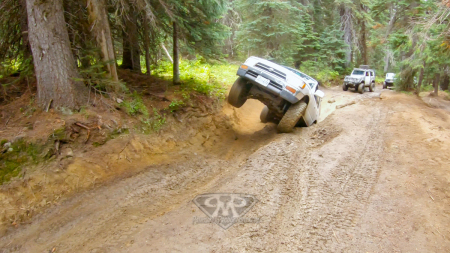 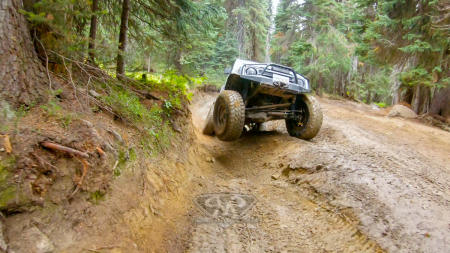 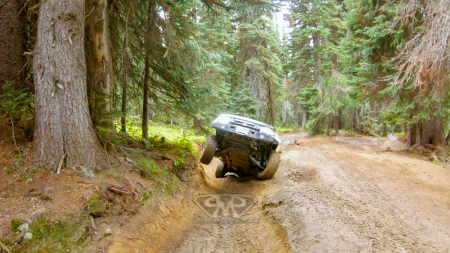 We passed multiple groups of rigs heading both directions as well as some surprised cows, grazing by the trailside but the rain held off all day and we made it into Lodestone after about 4 hours on the trail. Setting up camp at Lodestone Lake there was numerous groups of people camped around the lake and the rain held off just long enough for us to get everything set up before another night of crazy weather at 6000ft.
[Show slideshow] 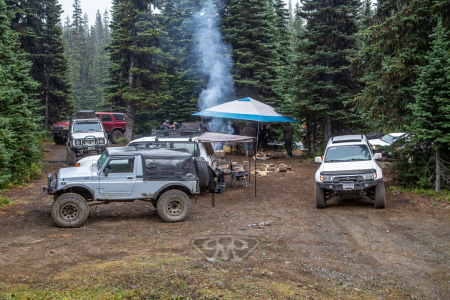 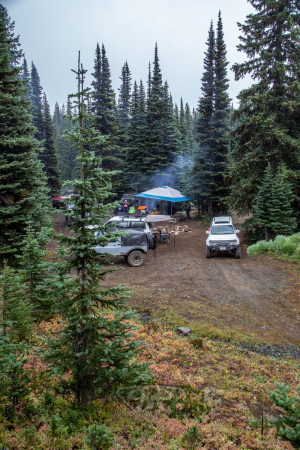 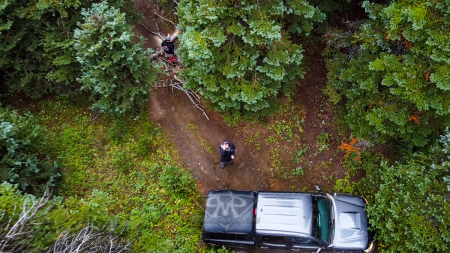 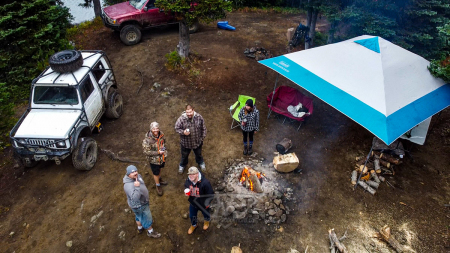 The next morning we broke camp and headed off the trail, back onto the logging road mains for 40min at highspeed which would take us down to the Coquihalla Highway south of Merritt BC. One last stop to air up the tires and we were back on the highway heading towards Vancouver just in time for the skies to clear the smoke to finally lift.

Check out this video I filmed along the way

Part 2 out next week!

Subscribe to my YouTube channel so you don’t miss out on any of my weekly rock crawling, wrenching or general automotive stupidity. New videos every Saturday!

Check out my latest video:

To get your custom vinyl decals make sure not to miss:  Pathmaker Productions Online Decal Shop Check it out for all your Jeep, Toyota, Nissan Off-road adventure Decals and more!

View all posts by Pathmaker

This website uses cookies to improve your experience while you navigate through the website. Out of these, the cookies that are categorized as necessary are stored on your browser as they are essential for the working of basic functionalities of the website. We also use third-party cookies that help us analyze and understand how you use this website. These cookies will be stored in your browser only with your consent. You also have the option to opt-out of these cookies. But opting out of some of these cookies may affect your browsing experience.
NecessaryAlways Enabled

Any cookies that may not be particularly necessary for the website to function and is used specifically to collect user personal data via analytics, ads, other embedded contents are termed as non-necessary cookies. It is mandatory to procure user consent prior to running these cookies on your website.